Emile Grimshaw snr ( born October 1880 in Accrington, Lancashire) was a banjo player in the early 1900s, he played in his own quartet, and the highly respected Savoy band. He made many recordings and was well known for his music and tuition books. Emile Grimshaw jnr(Born 1904 Burnley, Lancashire)) was also a very skilled player and musician who played with the Jack Hylton orchestra(from May 1924 until February 1929), and also contributed to compositions which were credited only to Emile Grimshaw, so it is possible some of the music was a joint effort. To add to the confusion there was also Monty Grimshaw(Emile snrs brother) and Florence Grimshaw(Emile Snr,s wife) who were both good musicians.
In 1930 Emile Grimshaw formed a company with Emile Jnr to manufacture banjos and guitars,  he continued to produce music and also his very popular guitar tuition book. This web site is primarily dedicated to the guitar side of the business, see links page for a history of the Grimshaw family and the banjo music and recordings of the early 20th century.

The early guitars were  constructed in a similar fashion to the banjo, in that the guitar had a separate detachable back(on later models the back was fixed, due to bad vibration from the back which was only held by two thumb screws). The main body of the guitar had a large circular hole in the back, this it was perceived would amplify the sound. It is open to debate if this form of construction worked or not, but they are very interesting and unique sounding guitars. This range of guitars were branded Revelation, they also made a range of standard format guitars under the Hartford brand. Both types were available as archtop “F” hole or “round” hole. Both the Revelation and Hartford models were available in three levels of trim and both were available as “Hawaiian” models. In the 1935 catalogue Grimshaw listed the “Premiervox” electric guitar, which could be plugged into a radio or special amplifier. This interesting guitar was assembled in England from parts imported from Rickenbacker, but with many components manufactured in UK. Look on gallery page for photos of this guitar with its amplifier built into the case , it is not known how many were made but this could be the first electric (Hawaiian) guitar offered for sale in the UK?. (See gallery for photo of this guitar with Ivor Mairants). 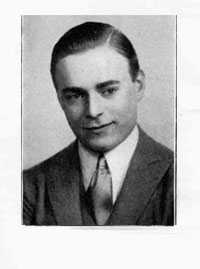 After the death of Emile Snr in 1943 the business was continued by Emile Jnr and guitar production was increased.  At this time all subsequent production received the ‘Grimshaw’ signature logo on the head, it was hand written/painted signature and it is very likely that the signature was actually done by Emile Grimshaw personally. Interestingly, over the years Emile,s signature changed slightly and it is possible to date a guitar by signature.  In the 1960s the signature was a manufactured wire type badge, (although some still received the hand written logo) and in the final years the signature was a transfer type. Post war, the resonator back guitars were discontinued in favour of the electric pickup which solved the volume problem.

During the fifties they made many archtop, acoustic and electric models including the G3, G5,G6, and “Plectric” single cut away jazz style electric, all were archtop styles some with pickups built into the fret board (Grimshaw patented this type of pickup in USA and GB) Grimshaw called these invisible pickups, tone/volume controls added to the scratch plate. Concert and classical guitars along with jumbo style acoustics were added. The most popular model of the 1950s was the SS(short scale) deluxe, the styling on this model was a cross between a Gibson 335 and a Gretsch White Falcon, with an individual Grimshaw style of un-equal cutaways and finished in adventurous colours such as white, cherry red and blonde, unusual when most guitars were dark sunburst. These were good substitutes for the American guitars which were not imported into the UK (due to austerity measures post war).  Some had a Grimshaw patented tremolo system.  The SS models were very pretty guitars and played well, they were popular with the early rock and rollers. Grimshaw should have had more success with this model than they did. During the sixties in line with the boom in guitar groups they manufactured solid bodied electric models, laterly some were based on the Fender/Gibson designs. I also believe that Grimshaw were granted a licence by Gibson to produce the humbucker pickup, if this is correct then it would be the only occasion Gibson have done this. (Seth Lover the inventor of the humbucking pickup mentions this in his biography).

In 1959 Grimshaw made the first solid body electric guitar called “Meteor” very few were made and were replaced by the GS 30 in early 1960,s.
The Les Paul style (GS30) were impressive guitars and were the best selling model of the sixties over 400 were manufactured , at £135 they were more expensive than the Gibson original, which were only available second hand (it should be remembered that between 1961 and 1969 Gibson did not make the traditional Les Paul guitar). The GS7 ,GS11, GS33 and GSC models manufactured in the early 1970,s until mid 1980,s owed nothing to the american designs, and should have sold in greater  numbers, but perhaps it was too little too late. During the sixties and seventies individual and custom built models were produced to customers order, past Grimshaw players had replica guitars made, leading to some very interesting guitars. Grimshaw also experimented with organ style electronic guitars but met with no more success than Vox had. The business continued until the mid 1980,s.  Emile Grimshaw Jnr died in 1987, by which time all traces of the company had disappeared. Well almost, it is known that a member of staff Frank Lonergan,(who had worked at Grimshaw for many years) continued to trade as Grimshaw Guitars from premises in Canning Town doing refurbs and repairs until approx 1990.
The purpose of this website is to discover more about Grimshaw guitars and to pay some respect to two very talented and accomplished musicians, Emile snr was a leading banjo player in the 1920 period indeed his compositions are still being played today. Emile jnr was also a very competant musician and guitarist, he was proffessional at a very early age and joined the Jack Hylton orchestra at 21yrs of age.

The Emile Grimshaw Plectrum Guitar Tutor was my first guitar book specified by the music teacher I had in the early sixties I first discovered an actual Grimshaw guitar in 1968 when I purchased the GS30 (which I still own) from A1 Repairs, Oxford Road, Manchester. I entered the shop looking for a Gibson and the Grimshaw impressed me and its rarity fascinated me, (also I remembered the tuition book), this particular model is also branded ‘Park’, the amplifier company were agents for Grimshaw and attached a badge beneath the Grimshaw signature on the head.

*Look on gallery pages for photos of Grimshaw guitars

* Players gallery for past and present Grimshaw players.
*Look on My Gallery for some of my private collection of Grimshaw guitars.

* Catalogue gallery for catalogues and other items of interest.

*Look on messages page for letters from past/present owners

Grimshaw For Sale.  Most models available please email    info@grimshawguitars.co.uk      I may have what you are looking for

It is hoped that the content of this website will grow with contributions from anyone interested or who had associations with the Grimshaw company, or perhaps guitarists who played Grimshaw guitars, Maybe you still do? All contributions will be gratefully received and acknowledged. Please keep visiting as the site is constantly growing with contributions of photos and messages, the period photos are especially welcome. Thanks to all who have sent in photos etc.